NEW YORK, Jan. 6, 2022 /PRNewswire/ — Ilinel Food Company, founded by Guatemalan-born Harry Lewis, announced today the launch of its new brand Casa Verde: healthy, affordable, ready-to-eat entrees for consumers everywhere. Backed by one of the largest food and beverage companies in Latin America, Casa Verde is disrupting the Latin market by making traditional Latin food completely plant based. The brand will launch with four different sustainable entrees that can be ready in just 60 seconds with a stovetop or microwave: Garbanzos Al Pastor, Lentil Mole, Coconut Chowder, and Red Bean Pozole. All of the ingredients used in Casa Verde meals are 100% plant-based, organic, sustainably sourced, kosher and non-GMO. The ready-to-eat meals are convenient and accessible to all and can be purchased through Casa Verde’s direct-to-consumer site.

Casa Verde was founded with the purpose to nurture America with delicious food and bring affordable wellness to communities nationwide. The parent company name, Ilinel, directly translates to “The Plants That Nurture Us” from a Mayan language, a play on the Latin American heritage of the brand. Casa Verde looked for ancient ingredients, culturally relevant flavors and ingenuous technologies to re-invent traditional Latin dishes that are usually heavily meat based. Founder Harry Lewis, who left the corporate world to explore his own wellness and Latin roots, wanted to pay homage to this history by creating a line of innovative Latin food products that are completely plant-based, but keep with what their ancestors would eat.

“I believe that brands have the power to change the world, change behaviors and help solve big problems. With Casa Verde, we believe that eating delicious, healthy and nutritious food shouldn’t come with a premium, be complicated or restricted to those who can afford it,” says Founder Harry Lewis. “I’m so proud to share my roots, my values and a little bit of the flavor from where I come from, while giving back to the country that has opened its doors to me and at the same time helping communities grow through affordable wellness and nurturing hearts,” he adds.

Traditionally, cooking in Latin America is a way for the whole family to get involved, make dishes together as a team and spend quality time together. To keep with this tradition, Casa Verde constructed their very own ‘dream team,’ bringing the right people together to show their individual crafts. That included teaming up with Ecuadorian American chef, restaurant owner, and Iron Chef Jose Garces who helped create the first line of four meals. The result was packaged meal entrees that are easy and quick to prepare, but packed with traditional Latin flavors that delight consumers and give them a real Latin cuisine experience right from home. All of the vegetables, beans, spices and herbs are sourced from the best of Mexico’s fruit and vegetable markets; then cooked in kettles, sealed and placed in an oven; that’s it. No artificial ingredients or preservatives, just pure goodness.

“It’s been quite a journey exploring and reinventing Latin cuisine using a plant-based format,” says Iron Chef Jose Garces. “I was challenged to not only make something delicious, but healthy and affordable. I’ve had such a great time learning about different flavors and ingredients and bringing them together to make something truly special and remarkable. You don’t need to eat meat to get the traditional Latin cuisine-feel. You can eat plant-based foods, feel really good about it, and still have something delicious to enjoy,” he adds.

Across the United States there has been a large movement towards plant-based diets with sixty-five percent of Gen Z’ers wanting a more “plant-forward” diet and seventy-nine percent going meatless one-two times a week, but there are limited options that are both affordable and healthy. Additionally, there has been a recent boom in Latin foods and flavors. A recent study conducted by flavor and fragrance innovator T. Hasegawa shows that forty four-percent of Gen Xers occasionally eat Latin cuisine and thirty-three percent regularly eat it. Younger generations are looking for more culinary options and cuisines, but studies have shown that many are unable to find quality, ready-to-eat options. Casa Verde will be the first plant-based ready to cook meal on the market. Creating a variety of meals that are easy, accessible, and delicious so consumers don’t need to compromise on what they eat.

In order to take traditional Latin recipes and bring them to life in a revolutionary way, Casa Verde partnered with a team of experts in the food industry, all with a combined 100 years of experience. First in line was The Trade, a cultural innovation and business development studio in New York City that specializes in Latin American culture and their influence in the USA. The Trade helped craft the concept, the packaging and the brand identity.  To create the product, they partnered with CSAW, Singapore-based, multi-disciplinary Food & Agri firm that brought Jose’s recipes to life.

Casa Verde aims to bring their love of food into homes across the country and allow on-the-go families to still enjoy delicious meals around the table. The company is committed to providing only the best and this is displayed in their ingredients, sourcing and attention to creating the most authentic Latin ready-to-eat dishes available on the market. Casa Verde is also committed to giving back to communities and has pledged to donate four meals to food banks across the country for every case sold.

ABOUT ILINEL FOOD COMPANY:
Ilinel Food Company is a minority-owned culinary startup and the parent company of Casa Verde, a plant-based read-to-eat line of Latin American entrees available in the US.

Casa Verde was founded and is being operated by Engine4 Ventures, the incubation arm of Grupo APEX, one of the largest and fastest growing Latin-American food and beverage conglomerates. Through Apex’s Culinary & Coffee Arm Bia Foods, the group has recently begun to expand its culinary operations into the United States.

Fri Jan 7 , 2022
A platform for experimenting with new flavors and dishes, as well as parts of service, design and décor. Selection of Legislation. The Phrases and the relationship between you and Verizon Media do Brasil Internet Ltda. might be ruled by the legal guidelines of Federative Republic of Brazil with out regard […] 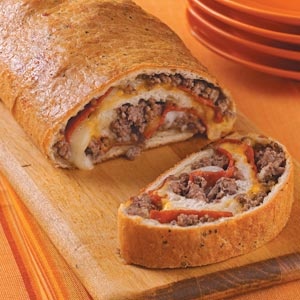