The Common Council’s Zoning, Neighborhoods and Development Committee on Tuesday voted to recommend granting an exclusive right to the developers to negotiate a purchase of the city lot. It was listed for sale at $750,000, with the city receiving five other development proposals for the site.

The project’s focus would be the Riverwest Food Accelerator.

It would feature “a highly visible demonstration kitchen and education space with a focus on fresh food, cooking, nutrition education and food-oriented entrepreneurship,” the report said.

It would be used by local residents “to learn cooking skills, develop products and potentially bring them to market,” it said.

There also would be a community garden, said Anthony Kazee, who operates KG Development Group.

The idea is to work with existing groups to provide a new resource for the neighborhood, rather than duplicating those efforts, according to the developers.

The food accelerator would be on the ground floor of a four-story building, with 91 apartments on the upper floors, Kazee told committee members.

Most of the apartments would have two to three bedrooms and would be targeted to lower-income families with children.

Those would include supportive housing units that serve at-risk households with special needs.

The tax credits are usually sold to raise cash, with developers seeking bank loans and other funding sources to complete their financing packages.

Developers that receive tax credits must generally provide at least 85% of a building’s apartments at below-market rents to people earning no higher than 60% of the local median income.

The credits are provided through an annual competition, with credit awards typically announced each spring by the Wisconsin Housing and Economic Development Authority.

Those affordable apartments would be welcome for Riverwest and the nearby east side, said Ald. Nik Kovac, whose district includes the site.

Action on other affordable apartment plans

The zoning committee acted on three other affordable apartments proposals by recommending:

• Rezoning a site totaling 10 acres, at 123 and 147 E. Becher St., so the former Harbor District industrial site could be redeveloped into 311 apartments — including around 200 affordable units.

Bear Development LLC plans to do the project if it obtains affordable housing tax credits, historic preservation tax credits and other financing.

• An exclusive right to negotiate the purchase of the Martin Luther King Milwaukee Public Library, 310 W. Locust St.; a vacant lot at 2971-75 N. King Drive, and a vacant mixed-use building, at 2977-79 N. King Drive. Those properties are to sell for $1 each.

General Capital and Emem Group LLC, led by Michael Emem, want to replace the library with a four-story building. It would feature a new King Library and retail space on the first floor, and around 44 apartments on the three upper floors.

The plans also call for a five-story, 42-unit apartment building at the block’s other end, at the southwest corner of North King Drive and West Chambers Street. The developers are seeking affordable housing tax credits and other financing sources.

Our subscribers make this reporting possible. Please consider supporting local journalism by subscribing to the Journal Sentinel at jsonline.com/deal.

Thu Nov 19 , 2020
A platform for experimenting with new flavors and dishes, as well as components of service, design and décor. So we have rounded up some of the high diets advisable by specialists that will help you choose one of the best weight reduction plan for you as we kick begin 2020. […] 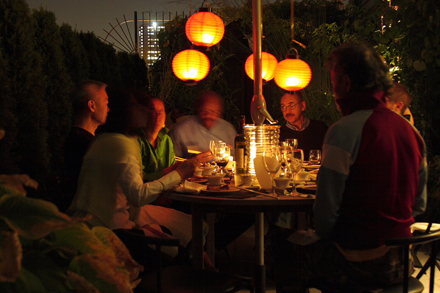