Borscht is bubbling on the stove inside Rosemary Burkholder’s rustic alpine home, perched up a steep, rocky shelf between Carbondale and Glenwood Springs. The chunky stew honors autumn for the classically trained chef, who hails from Berks County, Pennsylvania, and has spent the past 32 years working with food here in the Roaring Fork Valley and beyond.

“As a kid playing in the woods of Pennsylvania, being a rebellious child (with my siblings), we ended up in some hippie garden farm. They had borscht going,” she recalls. “I fell in love with it then.”

Burkholder has prepared a gourmet lunch to highlight early fall harvest and showcase fresh elk, hunted in Steamboat Springs by her husband, an avid outdoorsman. She’s also gathered ingredients to prepare two kinds of fruit-infused vinegar, another seasonal tradition that helps to stock her pantry for winter. (See recipes at the end of the article.)

“I used the blackberry-herb vinegar to deglaze this elk shank,” she says, stirring the mixture in a cast-iron pot.

The meat simmered in broth all morning before Burkholder added cubed golden beets and potatoes from her garden. After ladling the fragrant goulash into ceramic bowls, Burkholder adds a hearty dollop of caraway-seed crème fraiche. Alongside, crusty bread and a simple salad of red kale from a plot at River Bend River Ranch in Carbondale, julienned jicama, goat cheese, crushed pistachios and vinaigrette made from kumquats pickled last March with star anise, cardamom seed and ginger root.

“It’s about preserving, using the land, being simple,” the chef explains of her culinary philosophy, which serves as a model for home cooks seeking to honor their own connection to the land this harvest season. (It’s also about being resourceful: Those pistachios were swagged from last weekend’s Food & Wine Classic in Aspen, her 15th festival, where she plated dishes for the 2021 Best New Chefs in the Grand Tasting Pavilion.)

Burkholder was trained at the Culinary Institute of America at Hyde Park, New York; experimented with California and Southwestern cuisine out West under Wolfgang Puck; taught regional American food in China for nine weeks during a cultural exchange program; and landed in the Roaring Fork Valley in 1989. Soon after, she helped to open Kenichi Aspen as a sous chef, then chef de cuisine, staying on the line three years. The pan Burkholder used to prepare hundreds of orders of Kenichi’s famous blackened tuna now hangs on her mudroom wall.

“It was a fabulous scene back then—I made phenomenal money,” Burkholder recalls. “But the kitchen was so small. I could feel it taking a toll on my health.”

Now 63, Burkholder combines her rural upbringing and formal training with creative inspiration from experience working in farmers’ markets, traveling Europe, and catering for years in this valley. She crafts everything from scratch, including canning vegetables and preserves and fermenting wine from grapes, plums, chokecherries, dandelion, rhubarb and more.

Noticing that her stew is a tad pale, Burkholder snips a few sprigs of parsley from her garden. Borscht is usually made with red beets, she clarifies, but golden beets were ready to pick. Herein lies Burkholder’s first lesson for cooking confidently: substitutions are always welcome. Use whatever is available, and work around that.

“I think recipes should be guides, not set in stone,” advises Burkholder, who once stirred 20-gallon batches of soup in enormous steam kettles at The Sundeck on Aspen Mountain. “Make it work for you: alter a simple soup recipe (or) add a garnish, like this crème fraiche with caraway.”

Tomorrow, Burkholder will cater a harvest party for 30 guests, centered around a whole lamb asado, the animal cooked on a spit over live fire. Burkholder plans to enhance a cornucopia of September vegetables (butternut squash, golden beets, carrots, parsnips, cauliflower, shishito pepper, and foraged porcini mushrooms) with tomatillo salsa from her pantry.

“Rosemary has worked in the valley for many years and is, in my humble opinion, the ultimate farm-to-table chef,” says chef Martin Oswald of Pyramid Bistro in Aspen and mix6 in Snowmass. Having worked with Burkholder at the annual Jazz Aspen Snowmass Labor Day Experience (see the Sept. 2 edition of “Food Matters”), Oswald tapped Burkholder to craft mix6’s farm-to-table menu, offered every Friday all summer.

Using a list of mature ingredients supplied by local farmers, Burkholder composed dishes to highlight the regional bounty, be it black beans cultivated in Delta and simmered into a French ragout with hearty kale or summer squash stuffed with porcini mushrooms, sundried tomato, and goat feta, served with heirloom tomato coulis. Choosing the highest quality ingredients, Burkholder advises, results in the most flavorful final dish.

Burkholder grew up the middle of seven children on a 150-acre family farm.

“We wasted nothing,” she recalls, adding that her parents would deliver excess orchard harvest to those in need. “Everything was either used or given to someone who would utilize it. I’m still that way.”

Since her River Bend patch produces an overabundance of food, Burkholder will drive a Jeepload to town and “put a stack of overgrown zucchinis on Main Street (in Carbondale) with a ‘free’ sign and they’re gone in an hour.”

Burkholder heads outside to collect an armful of sage, parsley, thyme and purple basil for the vinegar infusions. “Having an herb garden out your back door inspires you to play with it,” Burkholder notes. A windowsill planter works, too. “Having it at your fingertips is key.”

Together we stuff blackberries and foliage into sanitized glass jugs, along with crushed garlic cloves, black peppercorns and mustard seed. Burkholder heats apple cider vinegar until simmering, then pours the hot liquid into the jar.

“I love to teach. I want to pass it on,” continues the chef, who is working on a memoir. “Fine, healthy cuisine does not need to be intimidating.”

In a week or so, Burkholder’s jewel-toned elixir will be ready to use. She urges home cooks to taste often — whatever the preparation.

“Don’t put a teaspoon of chile powder into (a recipe) if you don’t know what it tastes like!” Burkholder cautions. Also, practice restraint. “Just because you have it doesn’t mean you need to add it to the recipe.”

Amanda Rae is the editor of “The Aspen Cookbook,” (November 2020), a fundraiser for restaurant workers: AspenCookbook.com. [email protected]

Mon Sep 27 , 2021
It’s our purpose to supply the finest, most healthful Chinese dining experience in Richmond and we uarantee it! Meanwhile, Chongqing cuisine is referred to as Rivers and Lakes delicacies,” or jiang hu cai, with jiang hu meaning society” within the context of the famed Chinese Wuxia Novels, a world where […] 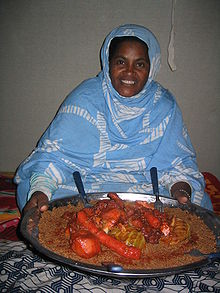