Take a look back at some of the stories we covered throughout the month of May 2021.

Knoxville home cooks are hoping to grill the competition for a chance to win a custom outdoor kitchen on Food Network’s new show “Grill of Victory,” coming this summer.

Eight local amateur chefs – from food bloggers to born-and-raised barbecuers – will have to turn up the heat and go head-to-head to come out on top. Food truck franchise owner Sabin Lomac will host the six-episode series and talked to Knox News about what audiences can expect.

“Grill of Victory” premieres June 21 at 10 p.m. on Food Network. Tune in each week to see what contestants are creating and who will win the outdoor kitchen and entertaining space of their dreams.

What’s the show about?

On “Grill of Victory,” home cooks from Knoxville and Atlanta will complete three grueling grill challenges each episode to show judges they have chops on the grill deserving of a custom-built backyard kitchen.

From a full day of meals to food-on-the-go, everything must be made on the grill, setting this series apart from other Food Network shows.

“Everything, and I mean everything, is being done on a grill, which I think resonates with a lot of people, especially home cooks,” Lomac said. “It doesn’t matter who you are, everyone loves to get outside and grill.”

At the end of each episode, one cook will be surprised with an outdoor kitchen designed by Cristy Lee just for the winner. Lomac, who has appeared on multiple Food Network competition series, said the “unbelievable” prize could be the “best in the network’s history.”

Who from Knoxville will compete?

Atlanta amateurs take on the grueling grill challenges in episodes 2 and 3. But local barbecuers are back for episode 4. Riley Jerrolds, whose family owns SoKno Market, will be pitted against Corey Moore and Jonathan Wiesehuegel.

Episode 5 is all about Atlanta, but two Knoxvillians and an Atlanta cook will end the season in episode 6. Jeremy Whitelaw, co-host of “That Reload Podcast;” Jessica Kivett from Knoxville and Shonta Prince from Atlanta leave it all on the table for the finale.

“There are no home runs. Everyone was neck and neck during the competition,” Lomac said. “The contestants’ transformations were night and day. I mean, the evolution was vast, and I can’t wait for viewers to see just how far they’ve come.”

How to watch ‘Grill of Victory’

The series premiere of “Grill of Victory” will air on Food Network June 21 at 10 p.m. Six hour-long episodes make up the first season and will be available weekly.

In round one of the first episode, DeSocio, Lickliter and Purcell will have to create their own versions of Southern chicken. Then, in round two they must make a delicious coastal seafood dish. Stakes will be high in the third round as the competitors put their spin on the traditional surf and turf. The best dishes will determine the winner of the show’s first custom kitchen.

Lomac is hoping the summer show inspires home cooks to get outside and get adventurous on the grill this season.

“It’s got that easy, backyard charm, which is refreshing,” Lomac told Knox News. “It’s really fun, and I think everyone that watches is going to leave happy – that’s the goal.”

Sat Jun 19 , 2021
The World’s Greatest 50 Restaurants is a listing produced by UK media company William Reed Business Media , which originally appeared in the British journal Restaurant , based on a poll of worldwide cooks , restaurateurs , gourmands and restaurant critics In addition to the main rating, the organisation awards […] 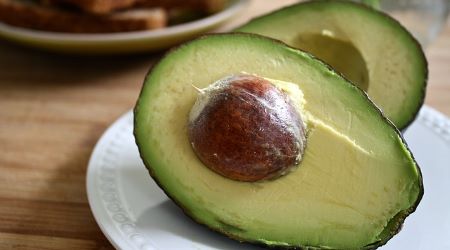