And it served up home-made soul food for 37 years, closing in September 2020 when Gadsden was 90. The family said then that the land the family rented for the restaurant site was being sold to a developer.

She was 53 when she opened the restaurant. She had no formal culinary training, but she knew what she was doing.

In a 2013 oral history interview with Southern Foodways Alliance, Gadsden spoke of how she was guided by taste.

“I work by air. I do not measure,” Gadsden said. “I know what I want done, but to give you the recipe, I’ll have to just make one up, because I know how I fix my food.”

A 2011 New York Times column heaped praise on Gadsden and her dishes, writing that “no discussion of excellence in Southern cooking in Charleston can really be complete without a visit to Martha Lou’s Kitchen.”

“In the cosmology of Southern cooking, Martha Lou’s is no dwarf planet,” wrote New York Times food editor Sam Sifton. “It is close to the sun itself.”

Sean Brock, a James Beard Award-winning chef who used to live in Charleston, gushed about Gadsden when Andrew Zimmern of the Travel Channel visited Martha Lou’s Kitchen in 2011.

“This is the food I’ll always be striving to replicate,” Brock said as paper plates of Gadsden’s fried food were put on the table before him.

Bon Appetit said the restaurant was “worthy of a pilgrimage.” Southern Living included it among Charleston-area restaurants that uphold Gullah Geechee cooking traditions.

Cooking out of necessity

Gadsden, born March 20, 1930, grew up working in restaurants, making her way through the ranks, from bus girl, to waitress, to cook.

She was a mother of nine and told Southern Living Magazine in 2020 that she learned to cook out of necessity because she had to put food on the table.

Her cooking attracted food-loving tourists from all over the country and kept locals coming back for more. A guestbook at the restaurant gave patrons a chance to leave their praise behind. Her fried chicken was the most popular item on the menu.

“They come to get the chicken — chicken, chicken,” Gadsden said in her oral history interview.

“I didn’t eat at Martha Lou’s often but when I did, not only was it so good, but I’d have to go home and take a nap!” wrote state Sen. Marlon Kimpson, D-Charleston, in a tweet after learning of her death. “Rest In Peace, Martha Lou. You have left an incredible footprint on the culinary scene in the Lowcountry.”

Gadsden prepared some of her restaurant food the day before service, she said, and then would cook for the next day’s menu as customers began coming in for lunch.

“The meat is the only thing we don’t cook right away. We cook the meat to-order and make sure that everybody got some nice hot meat,” Gadsden said.

Asked what she loved most about running a restaurant during the oral history interview Gadsden replied, “Independence.”

Sun Apr 4 , 2021
It is our goal to provide the best, most healthful Chinese language dining expertise in Richmond and we uarantee it! Staving off all sources of carbohydrates in the long term isn’t sustainable for many. Sassos says a failed attempt at the keto eating regimen might find yourself in even more […] 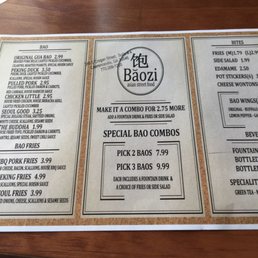