As the COVID-19 pandemic ravages the U.S. economy, it has given rise to a related public health crisis: food insecurity. Last year, 35 million Americans were food insecure, according to the U.S. Department of Agriculture. That number may rise to 50 million by the end of the year.

Just ask Marquitta White. A full-time student in Norfolk, Virginia, with two jobs and two daughters, Ms. White’s Thanksgiving dinner – and a week’s worth of leftovers – was provided with help from the Virginia Peninsula Foodbank.

“I was definitely grateful,” says Ms. White. “If it wasn’t for [the food bank], we would’ve been eating whatever we had.”

“It’s flipped our world upside down since March,” says Karen Joyner, the food bank’s CEO. “If I ever questioned the work ethic of my staff prior to 2020, I really don’t right now. They’re getting it done and there’s not a lot of drama about getting it done.”

To Marquitta White, cooking is less about preparing calories and more about painting a canvas.

Take her home-cooked Thanksgiving meal. The turkey, garnished with apples, peppers, and onions, was so tender that it fell off the bone. Her deviled eggs shined with decadent, colorful fillings of chicken and crab salad. And, as she and her two daughters helped themselves to a buffet of yams, greens, macaroni and cheese, potatoes, cranberry sauce, and sweet potato pie this year, Ms. White wanted to express gratitude.

The feast before them was provided using ingredients from their local food bank. Ms. White is a full-time student in Norfolk, Virginia, and works two jobs, including as a personal chef. When times get tough, no one complains. But turkey helps.

“I was definitely grateful,” says Ms. White. “If it wasn’t for [the food bank this Thanksgiving], we would’ve been eating whatever we had.”

The economic fallout brought on by COVID-19 put millions of families in Ms. White’s shoes. According to the U.S. Department of Agriculture, 35 million Americans were food insecure before the pandemic, a number that may rise to 50 million by the end of the year, says Zuani Villarreal of Feeding America, a nonprofit that supplies food banks.

On the front lines are food banks and food pantries. Adjusting to the pandemic has demanded long hours and new models to meet their communities’ changing needs, and to make sure families like Ms. White’s don’t go hungry.

“It’s flipped our world upside down since March,” says Karen Joyner, CEO of the Virginia Peninsula Foodbank (VPFB) in Hampton, Virginia. “If I ever questioned the work ethic of my staff prior to 2020, I really don’t right now. They’re getting it done and there’s not a lot of drama about getting it done.”

“On the cusp of tragedy”

Those who have suffered most of the pandemic’s economic costs also tend to be those who are the most food insecure, says Craig Gundersen, an expert on food security at the University of Illinois, Urbana‐Champaign. Working-class families in service-level jobs often had an unstable foundation before this year; COVID-19 was an earthquake.

“People don’t realize how many families, even though they may have a good life and be living well, [are] living on the cusp of tragedy,” says Ms. Villarreal, director of communications for Feeding America. “Job loss, reduction in hours – something can happen that can put them in the situation where they are looking to the food bank for help.”

Expanded, and more accessible, benefits from the Supplemental Nutrition Assistance Program and government stimulus have stabilized many families in need. But there are always holes in such broad safety nets, leaving some ineligible or in need of more assistance. Much of this relief – particularly that allocated by the CARES Act – is set to expire at the end of the year.

A staff member at Food Bank of the Rockies stacks boxes of food in their warehouse in Denver to be distributed to people in need in time for Thanksgiving, Nov. 25, 2020.

For example, of the 5.2 billion meals that Feeding America distributed in the year to June 30, about 1.7 billion came from the USDA, says Ms. Villarreal. Without government action, that source of food will shrink by half come January.

“We’re looking at a sustained increase in demand, potentially even more so with some of these programs expiring, and then a potential shrinkage in supply,” says Ms. Villarreal. “The reality is that as dedicated as food banks are to their communities … we can’t do it alone.”

Adapting to the pandemic

Meanwhile, the threat of coronavirus has forced food banks to transform their operations.

Bob Biedron, a recent retiree and volunteer at the VPFB since March, has a four-step checklist: Mask on, temperature checked, hands washed, and gloves worn. He and other volunteers must stay socially distanced, so fewer can work at the same time in their cavernous warehouse.

“We have a lot of people who are food-challenged at this point in time,” says Mr. Biedron. “So it’s very rewarding to give out food to people who need it.”

And for volunteers to work at all, there has to be food. Donations plummeted earlier in the year as corporate partners grappled with slower supply chains and fewer disposable items, and while things have improved since, food banks are now buying more food than ever before.

Then there are issues of delivery.

Before March, the VPFB delivered truckloads of food into mobile pantries, where residents could walk inside and pick up food. Now residents congregate in car-filled parking lots, with masks on and trunks open so volunteers can load boxes, sometimes playing 3D Tetris to make everything fit.

Other communities are less accessible. From March to September, more than a dozen low-income senior communities the VPFB serviced wouldn’t accept donations due to fear of transmitting coronavirus. Serving them required partnerships with other charities in the area. All in all, feeding the area has been a village effort.

The same is true for Ruth Jones Nichols, president and CEO of the Foodbank of Southeastern Virginia and the Eastern Shore. Demand in her area skyrocketed after March, and initially, they didn’t have enough cash in reserve.

“Almost overnight, we went from an average cost per meal of $0.40 to $3.50,” says Ms. Nichols via email. “Fortunately, the community helped us get through the first several months by giving more to support … our neighbors in need.”

A mix of staff dedication, public generosity, nonprofit partnerships, federal relief, and local government assistance has helped them rebound. Serving is still a work in progress, but Ms. Nichols finds joy in the support of local communities. One locale gave her food bank more than $2 million in funding. Another “leveraged local funds to help us serve one neighborhood that became a food desert,” she writes. “Who could have imagined this moment?”

Perhaps Ms. White, whose Thanksgiving meal came with donations from Ms. Nichols’ food bank. The leftovers became meals for the week ahead – stew, sandwiches, and a rich broth – which meant that Ms. White’s two daughters could eat healthily.

Get the Monitor Stories you care about delivered to your inbox.

“I’m not one of those noodle moms,” she says.

But Ms. White doesn’t stray from noodle soup for the soul. Like at every other Thanksgiving meal she asked her daughters to list what they were thankful for this year. The full plates in front of them were a given. “I always teach my kids it’s not about the holiday or the food,” she says.

Tue Dec 15 , 2020
Our mission at SheKnows is to empower and inspire women, and we only feature products we think you’ll love as much as we do. Please note that if you purchase something by clicking on a link within this story, we may receive a small commission of the sale. The weather […] 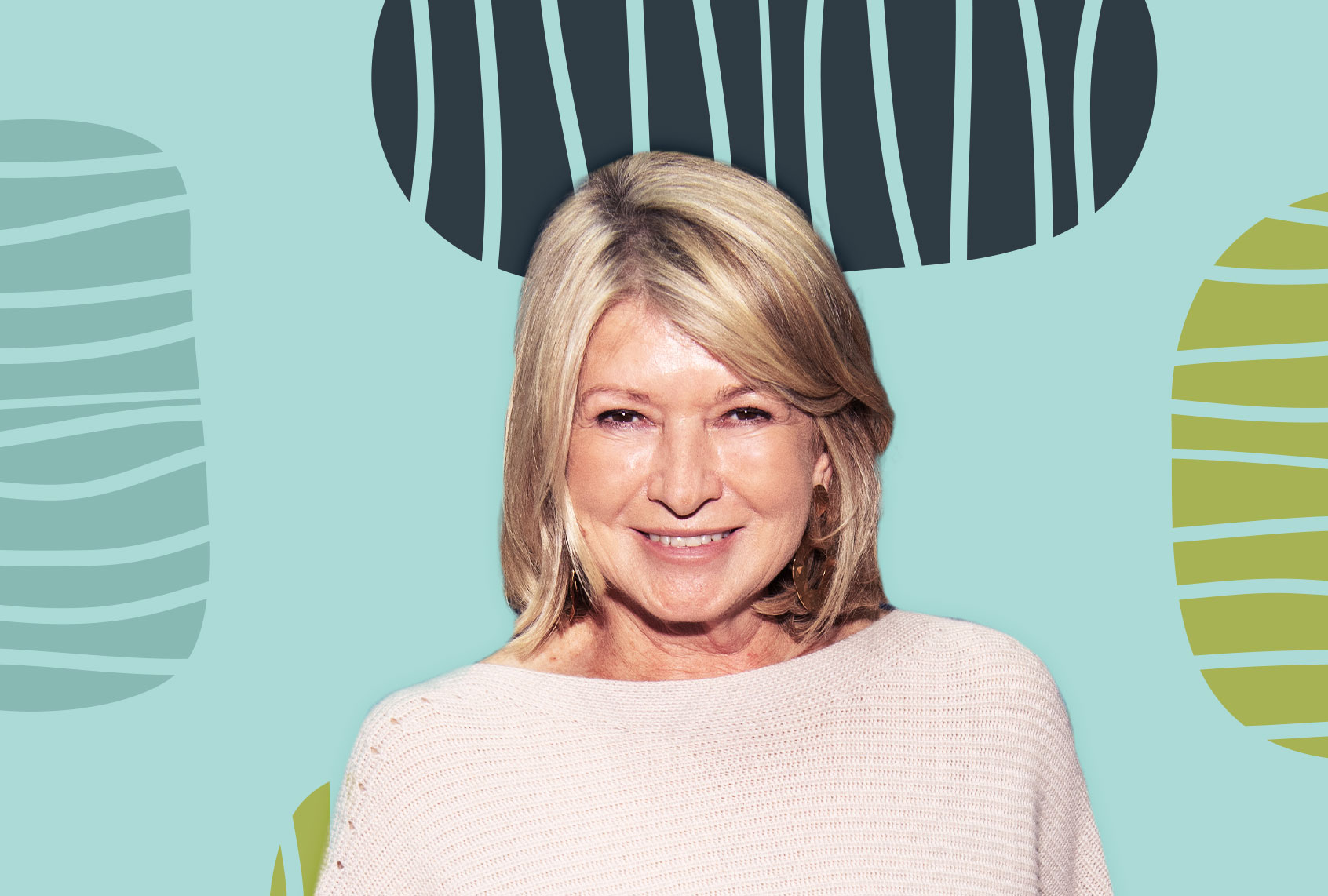