For many, one of the most traditional British foods, a staple that has maintained its popularity for decades, is the delectable, no-frills combination of fish and chips.

Recently voted the UK’s favourite British takeaway, the dish is a cultural pillar; synonymous with seaside holidays and Friday nights and eaten by everyone from politicians on the campaign trail to the Queen. Fried fish even gets a mention in Charles Dickens’ 19th century work Oliver Twist.

Over a fifth of the population are said to visit a fish and chips shop on a weekly basis keeping the UK’s estimated 10,000 shops in business.

However, some may be surprised to learn that the dish was conceived thanks to the culinary skills of Jewish immigrants who journeyed from Europe to make the UK their home.

Here is the Jewish history of British fish and chips, to the origin of the battered fish to the opening of the first fish and chip shops in London.

Where did the Jewish tradition of eating battered fish come from?

Before the ingenuity of battered fish was introduced to the UK, it was made by Portuguese Sephardic Jewish people on a weekly basis as part of the observance of Shabbat, the Times of Israel explained.

It is said the dish was also made by Jewish people in Spain, and by members of the Western Sephardic Jewish community in Holland.

In Judaism, Shabbat is the seventh day of the week and is a day of rest. No cooking can take place once the day has begun, beginning at nightfall on Friday and ending on nightfall on Saturday.

In some Christian traditions, it is customary to refrain from eating meat on Fridays, other than fish, as part of the practise of Friday Fast.

Furthermore, in Judaism fish is pareve, meaning that it constitutes as neither meat or dairy.

Jewish law dictates that it is forbidden to eat milk and meat together, and so eating fish on Shabbat helped the Jewish people to closely follow the guidelines of their religion.

The Jewish people would also cook enough fish on a Friday to eat as leftovers on Saturday, meaning they could avoid cooking on Shabbat.

When did it make its way to the UK?

Fried and battered fish was brought to England as early as the 16th century, meaning the dish has been consumed on these shores for around 500 years.

When Jewish European immigrants first came to England around this time, they continued to eat their fried fish, going on to sell it on the street for members of the public.

There are several references to the Jewish tradition of eating battered fish in literature.

According to The Book of Jewish Food by Claudia Roden, Thomas Jefferson, who was president of the US from 1801 to 1809, ate “fish in the Jewish fashion” during a visit to the English capital.

In the 1845 cookbook A Shilling Cookery for the People by Alexis Soyer, there is a recipe that references the “Jewish manner” or fried fish.

What about the chips that come with the fish?

Fish and chips became a staple dish among the working class in England as a result of the development of commercial fishing in the late 19th century and early 20th century.

While the tradition of battered fish originated from Jewish immigrants, it is unclear where the idea came from to serve the dish with chips.

When was the first fish and chips shop opened in the UK?

It is believed one of the first fish and chip shops was opened in the 1860s in east London by Joseph Malin, an Ashkenazi Jewish immigrant.

Malin’s fish and chip shop proved so popular that it remained opened for over a century, until the 1970s.

Nonetheless, some credit another man as having opened one of the earliest fish and chip shops in the UK in the 1860s, a man from Lancashire called John Lees.

In August 2019, the UK’s top fish and chip shops were announced ahead of the 2020 National Fish and Chip Awards.

In January 2020, The Cod’s Scallops in Wollaton, Nottingham was named the overall winner.

“We’re absolutely thrilled to be crowned the UK’s best fish and chip shop! It’s an honour to take home such a prestigious title, especially being up against the country’s top establishments,” said co-owner John Molnar.

Despite other forms of cuisine booming in popularity over the centuries, the leagacy of fish and chips cannot be understated.

There are around 10,500 fish and chip shops in the UK, according to The National Federation of Fish Friers. That’s 10 times the number of McDonald’s outlets in the UK.

Plus, approximately £1.2 billion spent on the dish in the UK on an annual basis, while the longest-running fish and chips shop is still in operation in Leeds, having opened in 1865.

Fish and chips under threat from climate change, study says

Grilling your burgers wrong could kill you this holiday weekend

Sun Sep 6 , 2020
This Labor Day weekend is the unofficial final grilling weekend of the summer, and the first weekend of National Food Safety Education Month, according to the Centers for Disease Control and Prevention. In addition to practicing social distancing and wearing face masks when appropriate this weekend – and washing your hands regularly – […] 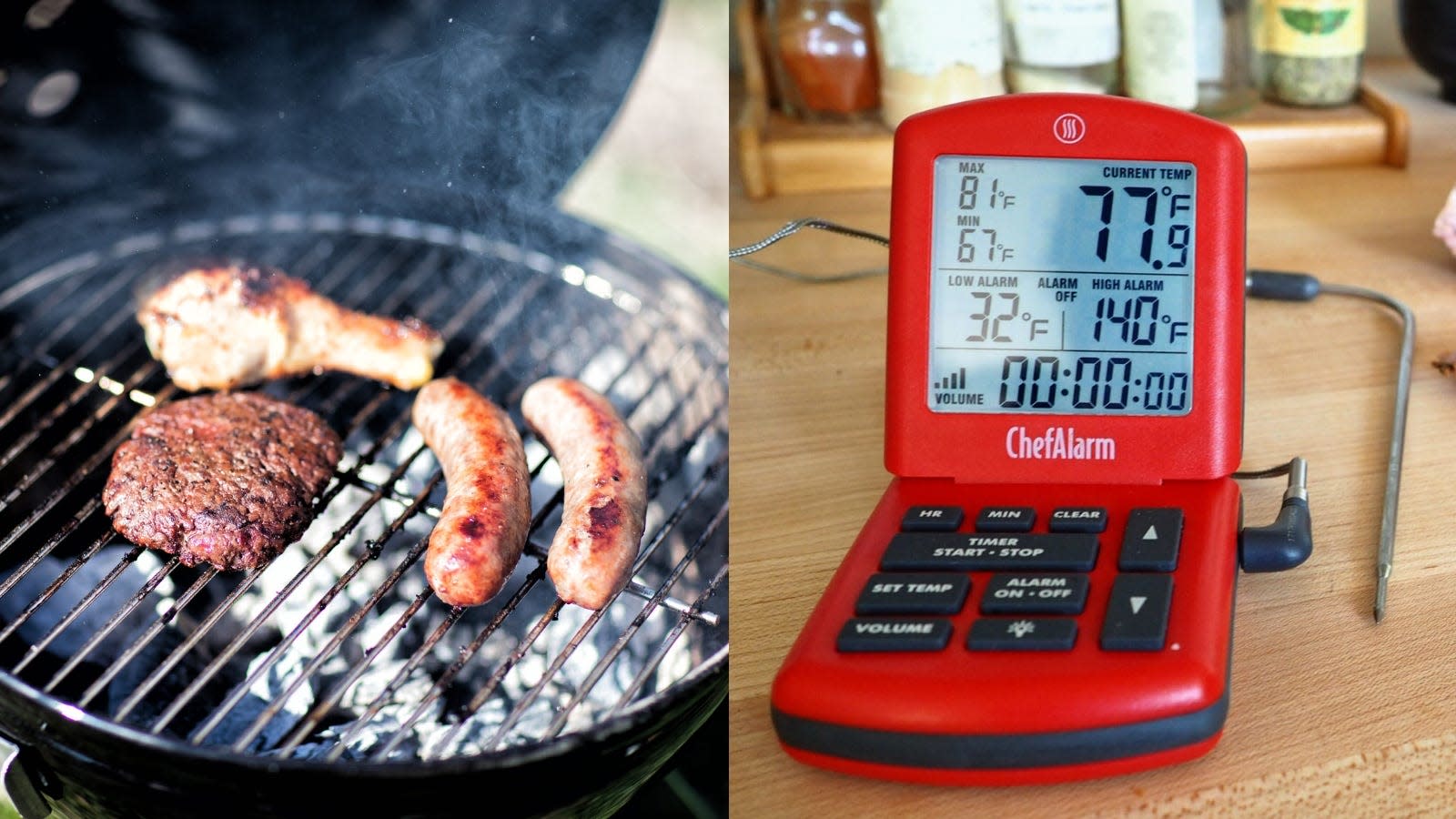