Every month, we look forward to two things: New Trader Joe’s podcast episodes announcing new products, and the new products that actually do arrive on shelves. This month, it was — finally — TJ’s highly anticipated Cookie Butter Beer. And, according to TJ’s latest podcast episode, we have a new seasoning slated to arrive this fall that might just rival Everything But the Bagel Seasoning (emphasis on “might”).

On Episode 29 of Inside Trader Joe’s, hosts Tara Miller, Marketing Director, and Matt Sloan, VP of Marketing, revealed that they’re adding a new seasoning blend to their already popular collection: Everything But the Leftovers seasoning.

Tara adds, “Actually, this might be helpful on the Thanksgiving table cause sometimes family or friends bring over a dish and it’s like, you know, that needs a little help.”

But there are many other ways to use this versatile seasoning, other than sprinkling on your Thanksgiving food and leftovers.

The new fall products don’t end there. Trader Joe’s has a slew of pumpkin-flavored products either already in stores or arriving to stores very soon. Keep scrolling.

“They’re not the bright orange sweet potato. They’re paler in color and flavor wise, I’m going to say that they’re kind of like a roasted chestnut. Not in an obnoxious kind of way, but in a nice way. Like it’s this nutty sweetness,” Sloan describes. “These are great chips.”

Yes, they’re pretzels, but Sloan describes this sweet treat as more of a member of the candy family.

“It’s a pretzel that is swimming in really nice white chocolate with crushed pumpkin spiced pumpkin seeds — and I think we’re trying to figure out another way to put pumpkin on there one more time — but these are just great,” he says. “So, if you like the Peppermint Pretzel Slims, I think you’d be a fan of these too. These are really tasty.”

Pumpkin Spice Batons are a wafer cookie filled with pumpkin spice, and they pair well with a cup of Joe or, as Miller suggests, ice cream.

“Those should be in stores by the time this podcast lands and folks
should be able to grab those right away. They’re just delicious,” she adds.

“I’m excited for this,” Sloan starts. “I think French toast will never be the same.”

“It’s kind of inspired more by a Thai curry than an Indian curry, but it has all of those really classic curry flavors with the addition of actual pumpkin,” Miller says. “And it’s like thick and it’s creamy and it’s got a really good kick to it.”

“They’re really good with a number of different kinds of sauces,” Miller says. “We’ve tried them with a chutney, but also with our Sweet Chili Sauce, which takes its inspiration from Thai cuisine and the Hot and Sweet Pepper Jelly. These taste really good dipped in any of those.”

“This is tasty,” Sloan assures.

Before you go, check out all of the Trader Joe’s products you can shop right at Walmart:

Sun Sep 20 , 2020
Amy Schumer/Instagram Amy Schumer has no hard feelings toward her Emmy loss this year. On Saturday, the comedian, 39, shared the adorable acceptance speech she and her family pre-recorded if her series Amy Schumer Learns to Cook took home its first award. The Food Network series was nominated for outstanding unstructured […] 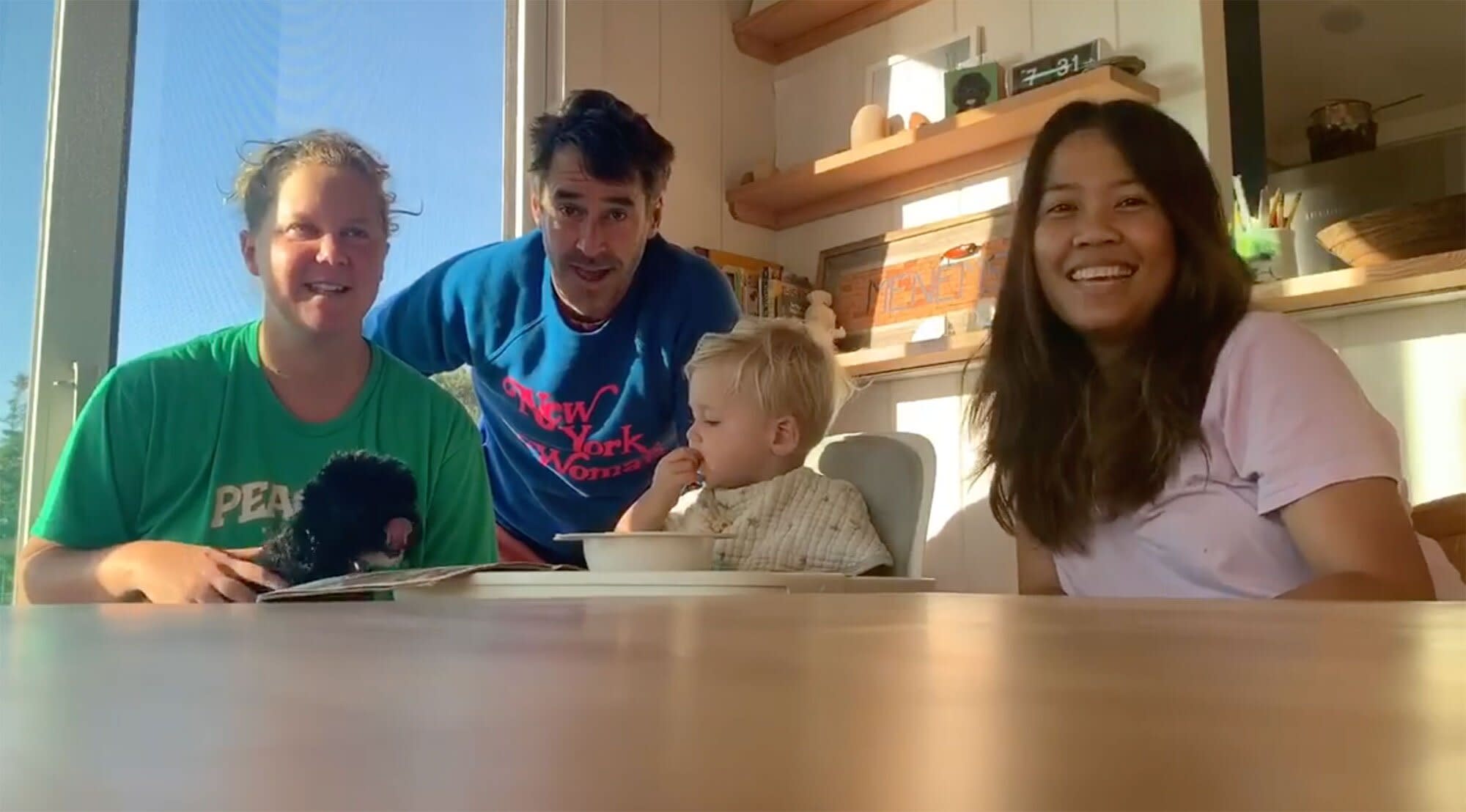