Edwin Zoe’s restaurant in Boulder, Zoe Ma Ma on Pearl Street, started a decade ago as a five-table eatery with homestyle Chinese food, the cooking led by Zoe’s mama, Anna.

Soon Ma Ma grew to a second location in Denver’s Union Station, still small, the same excellent dumplings, still the same big problem: He can’t afford insurance to cover time off for his people to care for themselves or a loved one, or to bond with a new child. It eats at the family restaurateur.

That’s why he’s pushing perhaps harder than anyone to pass Proposition 118 this year, to create a state insurance program to cover up to 12 weeks off with up to 90% wage replacement.

Edwin expects to spend less on premiums than he does on napkins and cups, about 15 cents for every $100 of revenue.

“Small employers are at a disadvantage to large corporations, and Proposition 118 would let us compete by offering great benefits at an affordable price,” Edwin said.

In the mix, however, it could help small businesses attract and keep employees with a benefit.

Zoe Ma Ma is one of more than 160 mostly small businesses endorsing the ballot measure.

Employers with fewer than 10 workers would be exempt from paying in, though their workers could pay their share and ensure equal time off.

The big dogs of the Colorado business landscape are howling, and not in a good way.

“The suggestion that Prop 118 is good for businesses and their employees is a fantasy at best,” I’m told by Loren Furman, the Colorado Chamber’s senior vice president for state and federal relations and a go-to source on what’s good for business.

“While the proponents present a rosy picture of the program based on shaky math, in reality, this billion-dollar tax increase would serve as a significant blow to small businesses and working Coloradans — particularly in hard-hit industries like restaurants, which are already seeing hours, jobs and wages slashed due to the global pandemic and economic recession.”

She’s doubtful the premium can support the payouts, and then the program falls back to taxpayers for funding — a concern shared by Gov. Jared Polis.

A legislative committee commissioned an actuary study last year, and it suggested the dollars could work out if the program was managed right. Government has taught me to be wary of numbers that add up to the original proposal, when experts say they shouldn’t.

Supporters project the average cost per employee in Colorado would average $3.83 a week, or basically what you spend on Netflix every month, if you’re average. Those who make more could pay something closer to their internet bill.

Those who pay for the benefit, however, might not otherwise need it or use it, but that’s how insurance and the common good works.

The benefit also depends on voters who already have paid time off. My company’s short-term disability policy paid me 60% of my income when I was out for a few months last year.

Tracy duCharme, owner of Color Me Mine, a paint-your-pottery business in Colorado Springs, said that even in prepandemic times, hiring employees was one of her biggest challenges.

“Colorado had one of the lowest unemployment rates in the country, so I was in competition with large corporations for attracting employees,” she said. “Even though the Color Me Mine work environment is attractive — it’s fun, creative, fast-paced and flexible hours — my business is small enough that I couldn’t afford to offer benefits those large corporations could offer.”

Dave Davia is workforce-minded, so I asked for his take, too. Besides being my friend and adviser on a variety of things, Dave is the executive vice president and CEO of the Colorado Association of Mechanical and Plumbing Contractors.

He also sees a pile of bureaucracy somebody is going to have to pay for, one that’s “destined for bankruptcy,” as he put it. Dave said Colorado doesn’t have a great track record for handling other people’s money, pointing to the state teacher and public employees’ retirement fund, which was the beneficiary of a multibillion-dollar bailout by the Legislature just two years ago with the state’s credit rating on the line.

“As an employer, I care deeply about my employees,” he told me. “I value their contribution to our organization, and I appreciate their professionalism. I want to support the hard-working men and women whom I have the honor of calling employees with a generous benefits package that helps them navigate difficult times.

The need is there but the solution is still wanting, Dave told me.

“Coloradans are struggling to overcome the impacts of a global pandemic and many businesses are fighting for their very survival,” he said. “Our economy is ravaged. This is not the time to experiment with costly programs and false assurances.”

Polls show strong public support for the idea, because compassion should win by acclaim. The Colorado leaders who sweat the small stuff to make payroll, however, will be sweating out Election Day.

Tue Oct 20 , 2020
Marcus Samuelsson cooks onstage with audience participant during the Grand Tasting presented by ShopRite featuring Culinary Demonstrations at The IKEA Kitchen presented by Capital One at Pier 94 on October 13, 2019 in New York City. (Photo by John Lamparski/Getty Images for NYCWFF) Related Posts:How To Determine The Real Cost […] 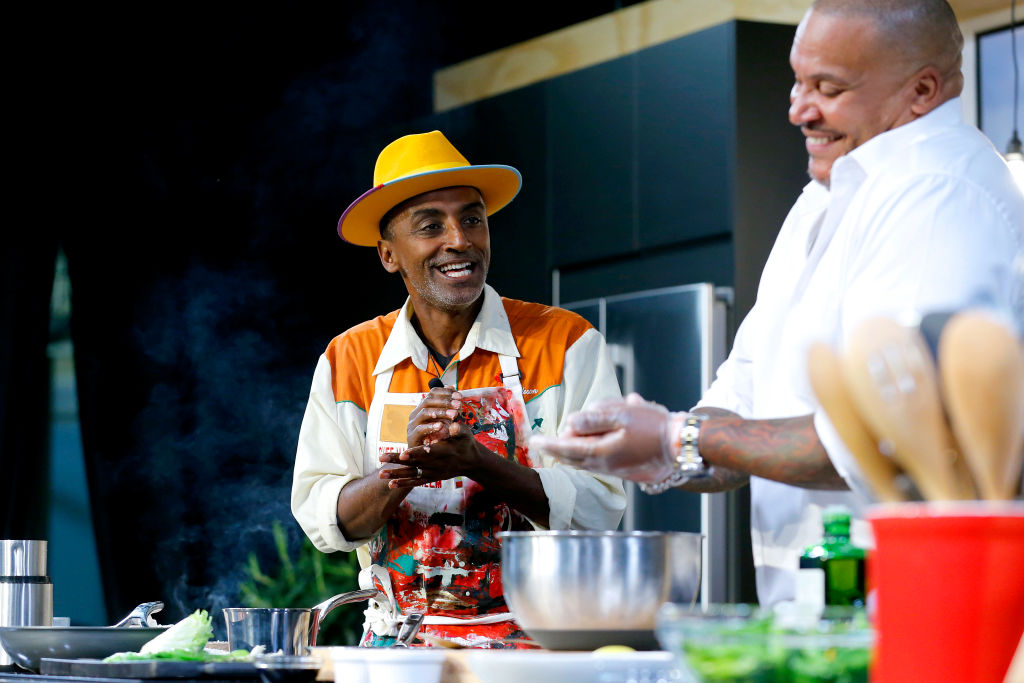