Skip to content
Marcus Samuelsson cooks onstage with audience participant during the Grand Tasting presented by ShopRite featuring Culinary Demonstrations at The IKEA Kitchen presented by Capital One at Pier 94 on October 13, 2019 in New York City. (Photo by John Lamparski/Getty Images for NYCWFF)

Conversations about food among the Black community inevitably leads to debates. Who’s bringing the potato salad? Who made the mac and cheese? Is the gumbo to be trusted? Sugar or salt on grits? And, of course, the legendary jollof wars between Ghanaians and Nigerians.

The Rise: Black Cooks and the Soul of American Food, a new groundbreaking cookbook by Chef Marcus Samuelsson, explores the history, evolution, legacy, and future of Black cooking in the United States and across the African diaspora.

Samuelsson says the inspiration behind The Rise was to examine the rarely recognized influence of Black people on American cooking.

“Black chefs have contributed over hundreds of years to American food in a way that it hasn’t gotten credit for. It hasn’t gotten documented the right way,” Samuelsson said over a Zoom call from his Harlem, New York apartment.

Samuelsson, who was born in Ethiopia and spent summers on the west coast of Sweden, has been cooking all his life. He is the creator of several restaurants around the world, including Red Rooster Harlem, as well as a frequent judge on Food Network’s Chopped and the winner of the second season of Bravo’s Top Chef Masters.

One of the ways that The Rise aims to correct this error is by highlighting more than 40 artisans from around the world, from professional chefs to home cooks. This task was accomplished with the help of award-winning food writer Osayi Endolyn.

“What we started with was story,” Endolyn said. “At the root of it you have Black people telling Black people’s stories.”

Endolyn says she started off by reaching out to cooks who were representative of diverse Black narratives. In between recipes, The Rise includes profiles of each cook, ranging in age from 18 to 96. Nigerian chef Yewande Komolafe and “culinary connector” Tamie Cook then used context from these stories to create the recipes. The recipes include chorizo hash, steak fries, cassava dumplings, salmon rillettes with injera, and more.

Samuelsson and Endolyn explain that food has always been an essential part of the Black experience and in “feeding the nation.” The Rise chronicles how when Africans were stolen from their homelands and enslaved through the transatlantic slave trade, they retained a knowledge of cultivating, harvesting, preparing, and serving food.

Despite this, Black chefs are still underrepresented at top level positions and in popular restaurants in the United States and the United Kingdom. In 2018, the Washington Post reported, “ROC United co-founder Saru Jayaraman once conducted a study in which she sent 400 pairs of white and minority applicants to fine-dining restaurants in New York, Chicago, Detroit and New Orleans. She found that white applicants were twice as likely to land a position, even in situations where the person of color had a better résumé.”

Endolyn says there are many barriers that Black individuals face in the culinary industry.

“We are rooted in a culture that formed under a specific idea of who had access and who did not,” Endolyn said. “Many people ask why haven’t I heard these names [of these chefs] before. Take a look at local media to find out who the Black food community is in your area. Do food programs talk about Black food in the area?”

Samuelsson and Endolyn hope that even non-foodies find something to gain from the book.

“Through The Rise, I think chefs, cooks, home cooks, eaters can see themselves and also learn something new,” said Samuelsson.

Endolyn added, “This is one example of exploring… the history of this huge thing called Blackness in this small thing called food… it’s important to know that this is a part of history that belongs to you and a history that you were denied.”

Despite the challenges facing the restaurant industry due to COVID-19, Samuelsson said, “It’s an incredible moment to be a Black chef in this country.”

He even hopes to one day create The Rise resident program, which would send two chefs each year to another part of the world to cook, learn and share stories.

The Rise is published by Hachette Book Group and will be available for sale on October 27, 2020.

Beyond sourdough: Cookbooks to spark creativity in your kitchen

Thu Oct 22 , 2020
Are those extra boxes of noodles or cans of tomatoes that you bought early in the pandemic still sitting in your cupboard? Could you use a little more color and spice in your life? A raft of recent cookbooks brings out your inner chef with recipes that click here make […] 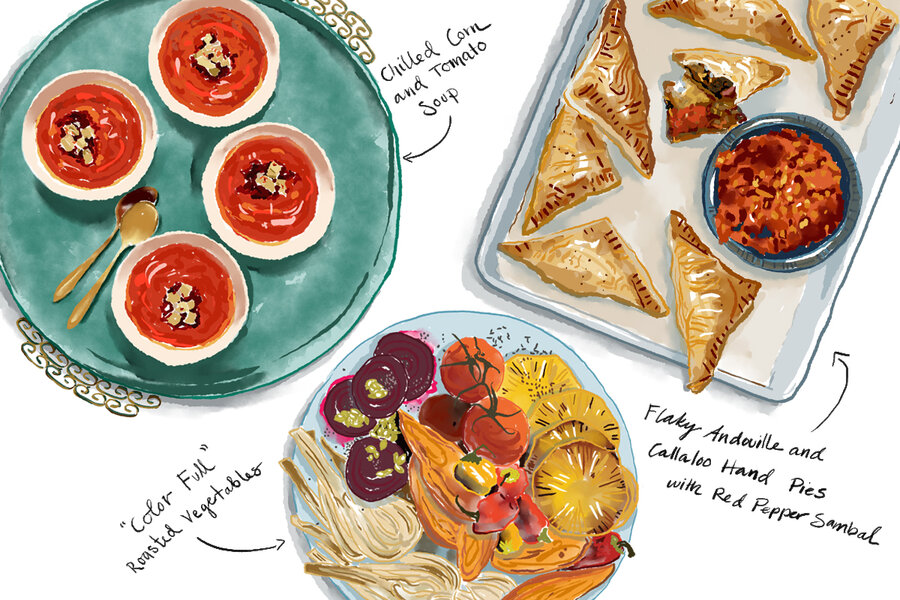